Final touch-ups on the wings.

We drilled the inboard bracket for the flap hinge, drove the hinge through the hole and bent the flap hinge.  This finalized the flap installation.

We drilled the wing tips.  We were thinking of going all the way to installing all the platenuts, but after consulting with Vans, they suggested waiting on the platenuts until attaching the wings to the fuselage.  This way, I will be able to get a better alignment of the wing tips with the neutral position. 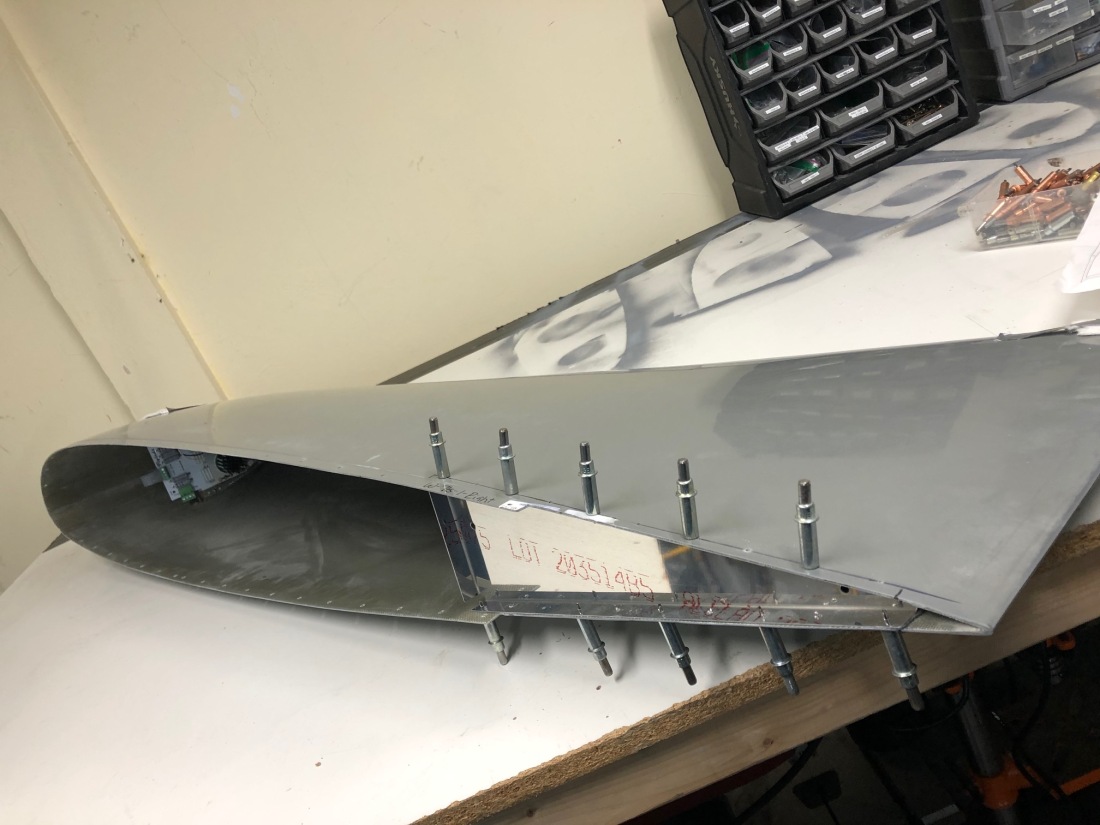 Then we installed all the access plates. The wings are complete for the time being 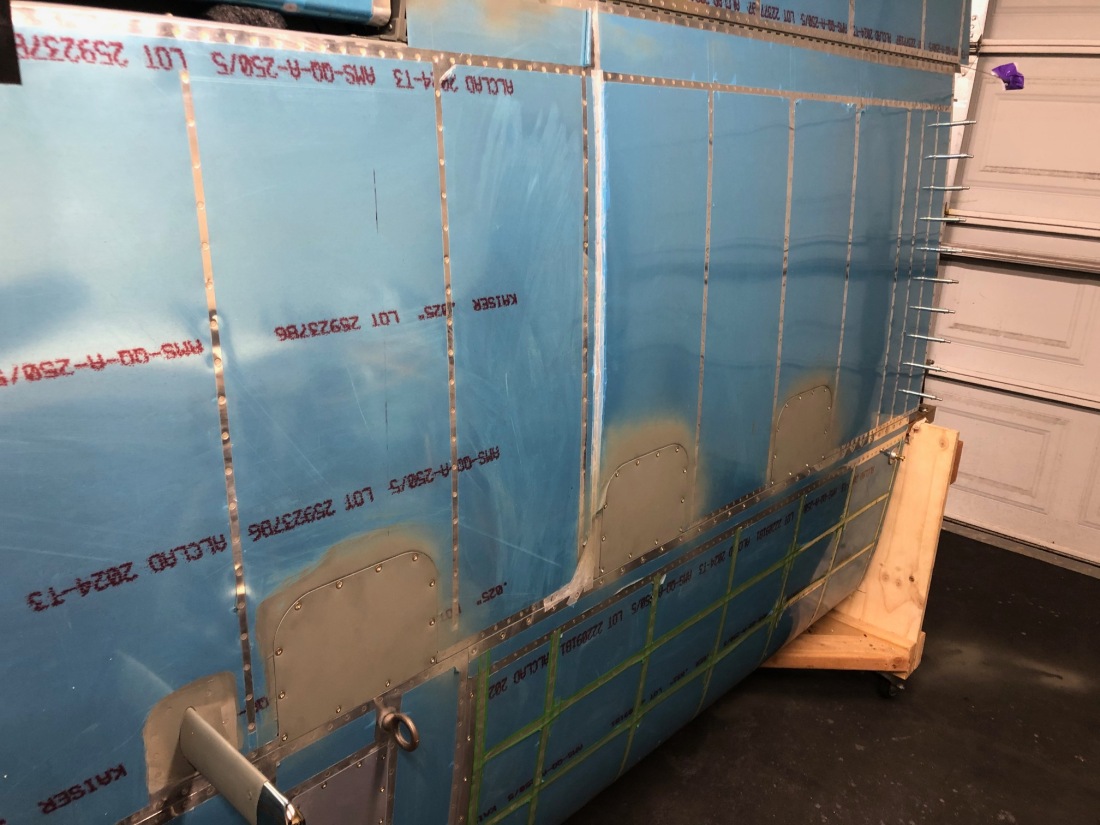